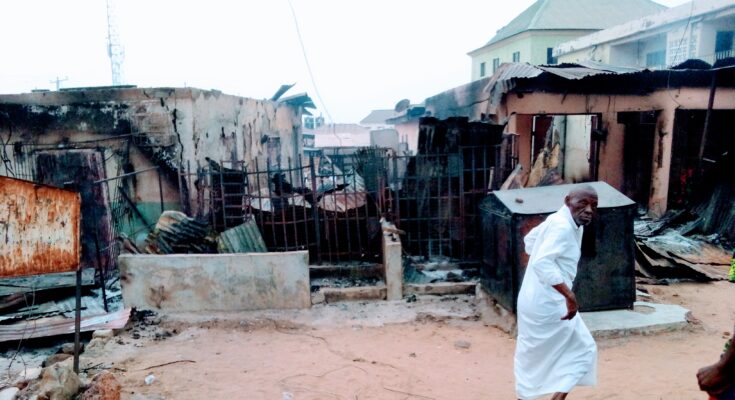 A midnight fire wiped off property worth millions of naira including a block of rooms around the Alheri area of Lokoja metropolis, Kogi State on Thursday night.

NationalWatch gathered that the affected building located along Alheri junction, was used mainly as beer parlour, shop and workshop by some artisans.

The affected occupants, who bemoaned their losses, have appealed for help from government and philanthropists to ameliorate their situation. 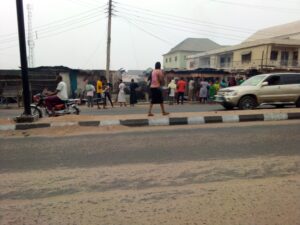 One of the victims, Micheal Tony, who said he lost three generating sets, heavy duty tyres, fridges and other valuables including huge amount of  cash, said that the fire started around 2.00am long after all of the occupants had closed for the day.

Tony, said although eyewitness and neighbours helped to call men of the fire service in the state, their arrival was much too late to salvage the situation. 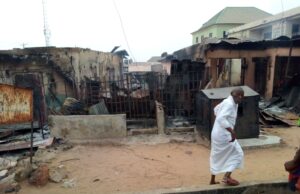 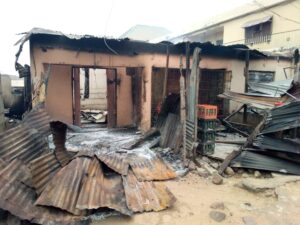 When our reporter visited the scene today, some shop owners were seen inspecting the premises. They however refused to speak with newsmen on the incident.

Residents and eyewitnesses appealed to the state government to make the fire service more proactive in cases of emergency arguing that if the service had arrived on time the situation might have been saved.

Some of the victims of the incident were observed packing debris of their losses from the site as at the time of filing this report.