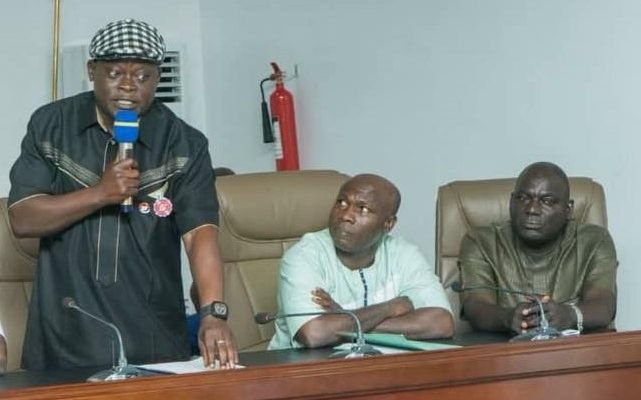 The organized labour in Kogi state has assured civil servants in the state of its unwavering commitment to fight for workers’ welfare.

In a statement issued in Lokoja on Thursday, secretary of the organized labour, Comrade T. K. Alofe has engaged the Kogi state government over the impasse on February salary.

He announced that the organized labour has reached an agreement with the state government to pay 80% of new minimum wage for February salary.

Alofe stated that the state government proposed paying 57% of the old salary and 52% of the new minimum wage but Labour rejected both propositions.

“Following the briefing on the meeting of the organized labour with the Accountant General of the state on the shortfall of Federal allocation in the Month of February vis-a-vis payment of February, 2022 salary.

“After an extensive debate, we wish to inform you that 80% of the New Minimum Wage was agreed to be paid only for the payment of February, 2022 salary for the state workers,” the statement reads.

Alofe assured that the arrears of the 20% will be paid as the allocation to the state improves.

Previous PostYou Are The Next President, Ondo Monarchs Tell Tinubu Next PostFCT Minister Of State Congratulates Attah Igala On Coronation