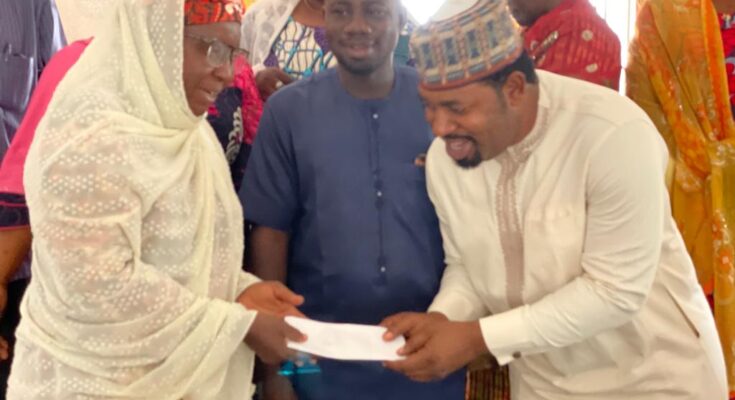 To cushion effects of the current economic hardship in the country, a
socio-cultural group, the Arewa Women in Action, (AWIA), Kogi State chapter has empowered a group of petty traders from Lokoja and Kogi local government areas with cash to boost their businesses in Lokoja, on Monday.

The cash disbursement of N10, 000 to each beneficiary, was done at the Children’s Amusement Park, Lokoja.

In her speech, President of AWIA, Hajiya Nafisat Larei Usman, said that the association empowered the women in various skills, businesses, and financial grants to make them self-dependent.

Usman also said that the empowerment came as a result of the outcry of women in the city who had been suffering due to hard times.

“We are giving out cash worth N900,000 whereby each of the women will receive N10,000 each from money donated by members of the group and support from philanthropists.

“This will serve as start-up capital for them to engage in businesses that will lift them out of poverty. We are also giving out scholarships to 18 primary and secondary students.

“The total amount is N900,000 being given out to assist the women in businesses and students for scholarship,’’ Usman said.

The Chairman of the Planning Committee, Salamatu Adamu Danfulani, said that hard work and diligence were the basis for selecting the beneficiaries.

According to her, the selection bid followed students who performed well in their various academic endeavours.

“From the spelling bee conducted in Junior Secondary School, Kabusa and JIP Heritage Academy, Jikwoyi, the students were selected based on their outstanding performances,’’ she said.

Danfulani pointed out that the group would monitor the activities of the beneficiaries to ensure that the money was judiciously used.

Speaking at the ceremony, the Secretary-General of the Association of Local Governments of Nigeria (ALGON), Hon. Muhammed Ibukun Abubakar Bukky, who is also the patron of the association, commeded the group’s initiative.

He said; “there is no greater gift than education and if we can empower the youth and women in our society by our efforts, we should help in bringing a change in the society. We need to ensure that the needs and perspectives of the youth and women are fully integrated into our efforts to build a peaceful, just and inclusive society.

“I commend your empowerment initiative with the major aim of energising the youth and women to explore the myriad of opportunities accessible, despite the enormous challenges we are facing.brought about by the COVID-19 pandemic, particularly amongst our youths,” he added.

Representative of the state government, Hajiya Fatima Kabir Buba, Commissioner for Women Affairs, lauded AWIA for a job well done and promised to partner with the organisation in similar  future initiatives.

She urged the group to continue with the tradition to ensure that poverty is reduced.

She used the forum to thank them for their continued support and cooperation with the government.

Speaking on behalf of the beneficiaries, the Mariam Abdulmalik, expressed happiness with the gesture and urged other service- oriented groups to emulate AWIA to alleviate the sufferings of petty traders.

According to Abdulmalik, if more people can render such help, it will go a long way to eradicate poverty in the country.

She appealed to the beneficiaries to ensure judicious use of the money.

In related development, a recipient of the scholarship award, Amina Salihu who is a Student of Muslim Community Secondary School, Lokoja, thanked AWIA for the payment of her school fees, saying that her parents who are both aged could no longer afford to pay her tuition fee hence her gratitude to the members of the AWIA.

Below are pictures of the ceremony: 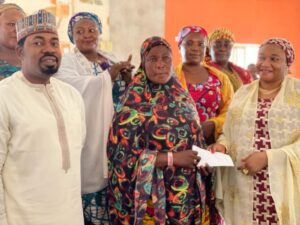 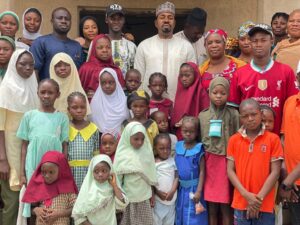 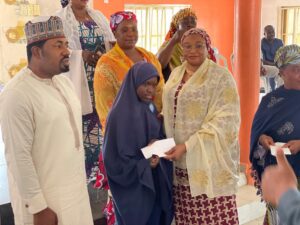 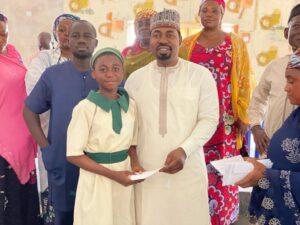 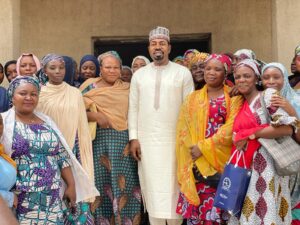 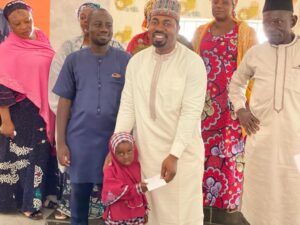 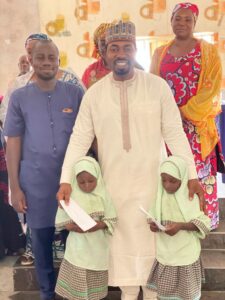