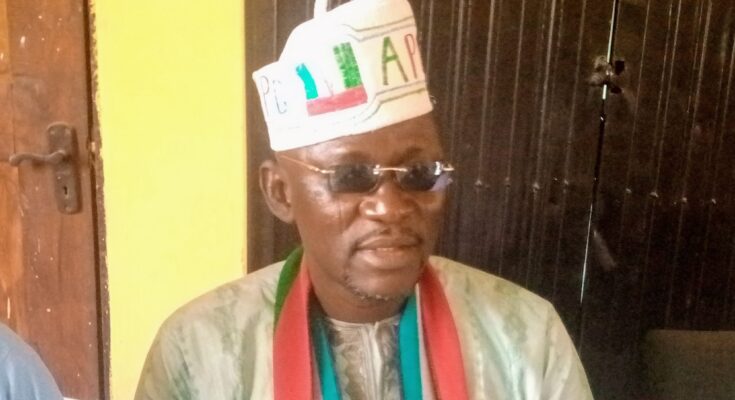 A philanthropist and Kogi State House of Assembly aspirant for Lokoja 1 State Constituency, on the plathform of the All Progressives Congress, (APC), Hon. Ibrahim Sulaiman who is fondly called Barazana, on Saturday in Lokoja, the State capital said the outcome of consultations regarding his 2023 house of assembly ambition has been very successful.

He maintained that he has the confidence and capacity to overcome any form of challenge that may manifest in his bid to succeed Comrade Isa Umar before and after the election.

Speaking with journalists shortly after paying a visit to some APC stakeholders in Ward A, Barazana declared that “the outcome of my consultation over my house of assembly ambition is successful.”

According to Barazana who is staunch member of Lokoja Forum of Patriots, “the reactions of critical stakeholders to my ambition have been very positive, encouraging and overwhelming and these have spurred me on with the strong conviction that we would succeed and emerge victorious after the primary election.

“Life itself is a challenge and I have the confidence and capacity to wade through challenges and overcome. We are forging ahead and with the strong support of the masses of Lokoja 1, we are going to achieve a resounding victory, “he posited.

In his Ramadan message to Muslim ummah, the aspirant felicitated Muslims in the state and across the country, for witnessing, yet another, Ramadan fasting.

Barazana, urged Muslim faithful to pray relentlessly during the period. He specifically asked Muslims to beseech the Almighty Allah to show mercy on Nigerians at this time.

The philanthropist said Muslims must embrace the piety demanded of them during Ramadan, and ask Allah to put an end to insurgency, which has ravaged the country.

He enjoined Muslims to use the month-long fasting period to pray for peace in the country.