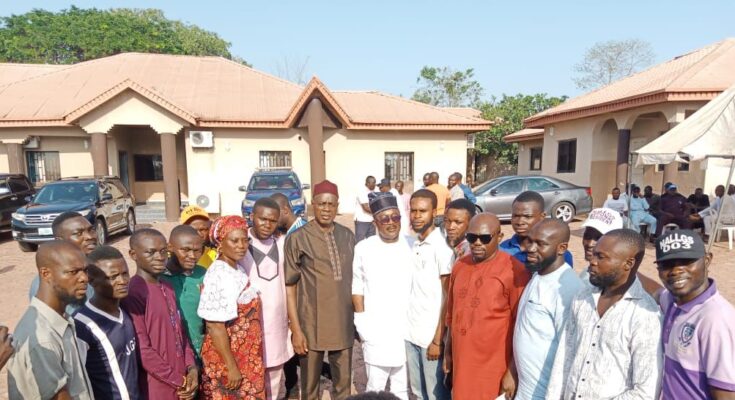 No fewer than 500 indigent students of Kogi West Senatorial District have benefited from the scholarship award offered by Senator Smart Adeyemi, the Senator representing the zone.

He also distributed another set of 30 tricycles to his contituents.

The beneficiaries who are students of tertiary institutions also got brand new laptops.

The scholarship scheme which was set up by Senator Adeyemi is to cater for the education of indigent students across the seven local government areas of the Senatorial District.

At the third edition of the award ceremony, held at Iyara, the Ijumu local government area headquarters, on Saturday, 250 undergraduates were presented with scholarship award and brand new laptops while others received grants.

Speaking at the event, Adeyemi noted that the periodic gesture was aimed at further rebuilding and repositioning the zone; thereby salvaging it from economic backwardness, poverty and digital illiteracy that has been prevalent in the nation.

He disclosed that over 500 indigent students have benefitted from the gesture.

“I am trying to break the circle of poverty in Kogi West Senatorial District by equipping our future leaders with the necessary skills.

“I have no doubt in my mind that this scholarship scheme will inspire the beneficiaries and the youths in general to drive the necessary change that will lead to a sustainable development in Kogi West Senatorial District and indeed Kogi State.

“Permit me to say that I am an irrepressible advocate of the educational advancement of the people of Kogi State, particularly Kogi West Senatorial District. This is premised on my conviction that human capital development plays a vital role in the long-term productivity and development of any society. That is why education has continued to attract the highest priorities in my scheme of things, as the Senator representing Kogi West Senatorial District at the 9th Senate of the Federal Republic of Nigeria”, he submitted.

He added that his driving force was in the multifaceted success which the scheme has recorded since its inception, adding that the competitive nature of the scholarship scheme has positively affected the performance of many undergraduate students in their respective institutions of learning, as a lot of them, who hitherto approached their studies with kid gloves, were now giving it the seriousness it deserved.

“Indeed, the payment of school fees, which could have naturally been a major constraint and distraction to these students, are being taking care of through my Undergraduate Scholarship Scheme”

Commenting on the selection process adopted, the Senator said that, “ your emergence, having gone through the painstaking screening and selection process, supervised by educationists of proven records and integrity, is an indication that our Senatorial District is blessed with highly industrious and exceptionally brilliant students”.

He implored youth to embrace the emerging technological skills and the vast opportunities of digital economy, for the transformation of the nation, encouraging them to be technologically savvy, so that they could leverage on the numerous legitimate opportunities associated with information technology, to further improve the society.

Decrying the rising statistics of out of school children via a vis unemployment rate, Senator Adeyemi advocated that more attention be given to free access to basic education by government across all levels, with a view to secure the future of the present generation.

Adeyemi further counseled the beneficiaries to continue to raise the bar of performance in their academics, with a view to setting the pace as proud indigenes of the Senatorial District in their respective future endeavours.

A recipient of the award, Mary Joseph who hails from Yagba West Local Government Area of Kogi State, thanked Adeyemi for offering her the scholarship, saying that her parents who are both aged could no longer afford to pay her tuition fee hence her gratitude to the lawmaker.

Another beneficiary, Muhammed Sulaiman Ahmed also praised the Federal Lawmaker for giving him the opportunity to pay his school fees.

According to him, the cost of feeding and paying tuition fees has overwhelmed his parents.

“However, the Senator has paid my school fees and I want to thank him”, he said.

Below are pictures at the event: 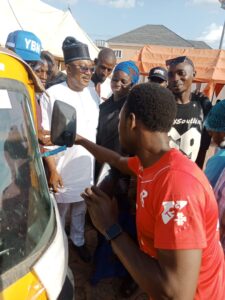 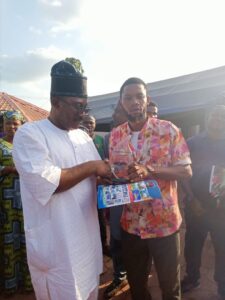 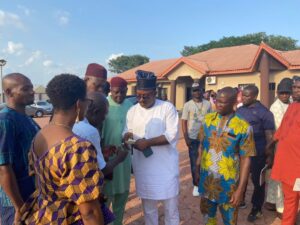 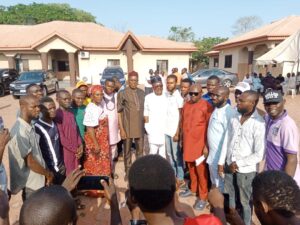 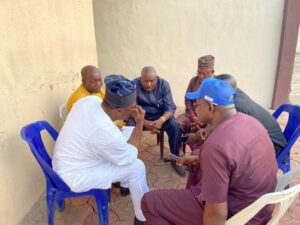 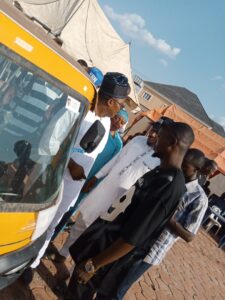 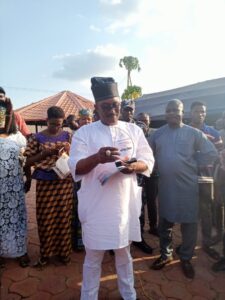 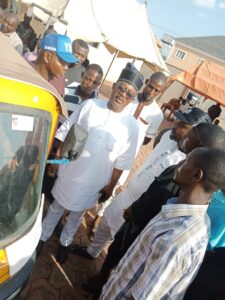