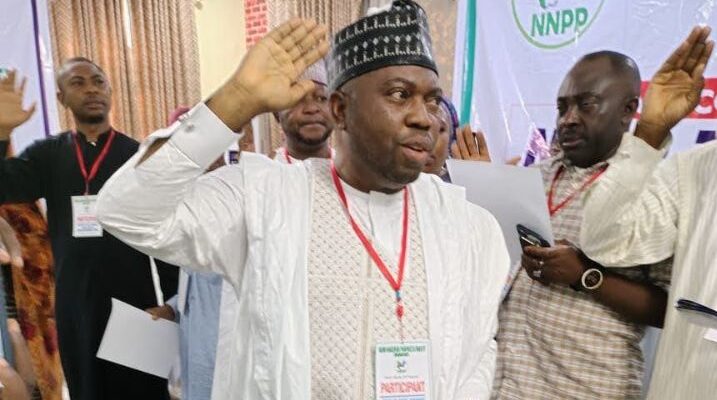 An aspirant for the Kogi East Senatorial District seat on the platform of the New Nigeria Peoples Party, (NNPP), Mohammed Abdullahi a.k.a Elephant, has assured the people of a new hope and rebirth of excellent representation at the National Assembly, if he is voted into office.

Abdullahi said his tenure would be characterised by innovative ideas that will give the people peace, provision of socio-economic development and effective legislative functions.

He gave the assurance during his tour of some communities in the senatorial district.

Abdullahi, who described himself as “a child of necessity with a glad tidings of a tomorrow”, added that, “the time to work things around in a different way is what will bring a different result.”

During the tour, party members and community leaders commended Abdullahi’s political moves, which they noted has endeared him to the people’s heart, especially for his philanthropic activities.

They maintained that he is the first ‘genuine’ aspirant to declare his intention, while describing his move as timely.

Specifically, a community leader in Umomi, Ofu local government area, Yahaya Idris Abubakar, who spoke on behalf of the leaders in the community described Abdullahi as a young man with a passion to change the narratives in the interest of everyone in the zone.

On his part, a Cheiftain of the NNPP in the state, Abdulmalik Sulaiman, who was in the aspirant’s entourage said it is time for the people to experience a hopeful representation.

“Abdullahi has been a tireless philanthropist. His support for women and youth in the area of job creation, scholarships for indigent students and empowerment programmes for the residents across the nine local governments is noteworthy.”

Sulaiman urged the people to vote Abdullahi at the forthcoming NNPP primary and the general elections, saying that he has been tested and trusted, for his contributions to the development of not only Kogi East but also Kogi State at large.

He said his reason for deciding to work for Abdullahi is because of his disposition to working for the masses as a young man with the heart of gold and high sense of maturity.