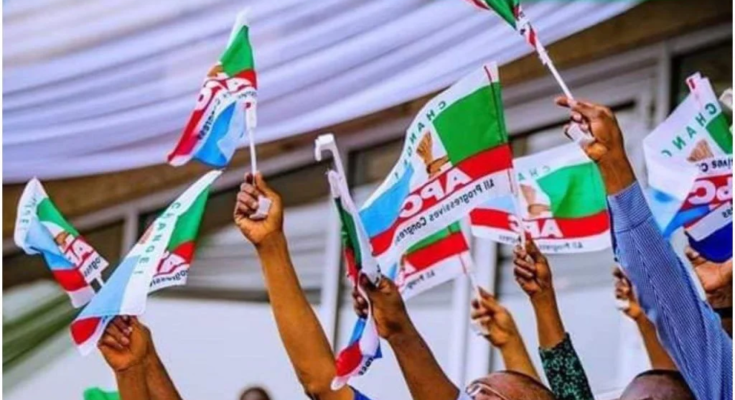 Permit me to commence this letter with greetings to fellow Muslims as we strive in the worship of Allah in this Holy month of Ramadan. It is my prayer that Allah in His infinite mercy accept all our act of Ibadat, particular as we count down to last ten days of the Holy month.

Dear compatriots, I have watched with kin interest the various permutations in the state and Kogi West in particular as to who occupy various positions as preparation for the 2023 elections continue to gather momentum.

Well, since I can’t play God or be in a position to decide or challenge our stakeholders, particularly of the All Progressives Congress, APC of the various consensus arrangements in Kogi West, I am deeply concerned on Kogi West and the need to return senator Smart Adeyemi as our representative. I have decided to put up this piece due to the manner at which some of our youths were launching negative campaign against his personality to the point of canvasing for his replacement.

Sincerely, I am not in any way close to the distinguished Senator even though I mobilised and voted for him in the 2019 general election. Though, I am not ruling out the fact that those against him may have a genuine reason for doing so. But, for strategic reason, I strongly believe that in spite of all the permutations, the Kogi West Senator , Smart Adeyemi be given a right of first refusal .

While it is true that that our executive Governor of Kogi State is eyeing the number one Job in the country, we must not blind ourselves to the fact that the APC zoning arrangements may favour a southern aspirants and if that happens, the north central will be better positioned for the position of the President of the Senate. And with Senator Smart Adeyemi in the senate come 2023, Kogi State will not loose out being a ranking senator, we will have all it takes to lobby for the position.

With all honesty, I am canvassing this position not for selfish interest because I understand what it takes to be a principal officer at the National Assembly and what the people stand to benefit from such position. Politics is all about calculation and strategic planning. For instance, the people of Yobe state and North East will forever remain grateful to senator Ahmed Lawal for the level of physical and human capital development he has attracted to the region.

We may not have had the best of Senator Adeyemi, but at this critical point in time we can’t afford to gamble. I want to plead that while we aim for the presidency, let’s also strategies for the number three position so that at the end we may not loose out completely.

Distinguished stakeholders and party leaders, while it is true that politics is about interest, at a time as this I want to solicit that we all look at the bigger picture. As we all know, we can accuse Senator Smart on other issues, but we can’t fault his competence, vibrancy and creativity.