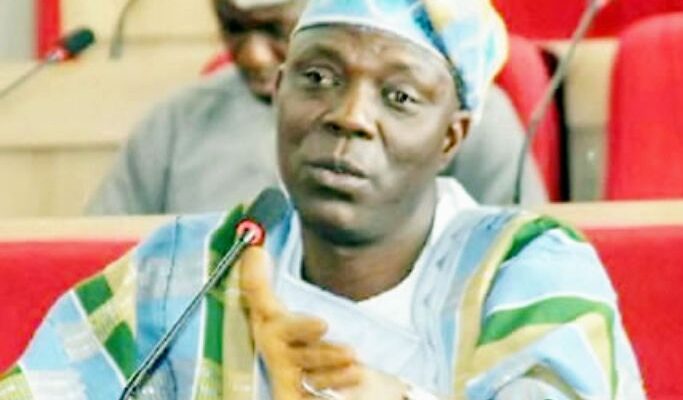 Some members of the All Progressives Congress (APC) in Kabba-Bunu Local Government Area of Kogi State on Saturday staged a protest against an alleged plot to impose the Kogi State House of Assembly Speaker, Rt Hon. Mathew Kolawole as the sole candidate for the Kabba-Bunu/Ijumu Federal Constituecy, House of Representatives seat.

The aggrieved party members from Kabba town, stormed the state party Secretariat in Lokoja, the state capital to ventilate their disapproval at the move.

They accused the Kabba-Bunu local government party excos of conniving with some people in government to foist Kolawole, whom they branded as unpopular on APC.

Leader of the group, Solomon Ojo who spoke on behalf of the protesters stated that any imposition act would be tantamount to flouting the entrenched rotation policy in the local government area.

Ojo said: “The purpose of this protest is to let our party know that it can’t afford to impose Hon. Mathew Kolawole, someone who is widely deemed to be unpopular on all of us, unless we want to lose to the opposition.

“What has he done to deserve the position? Why Kolawole again that had occupied the speaker seat without anything to show for it than building hotels and club houses, when we have other popular contenders?