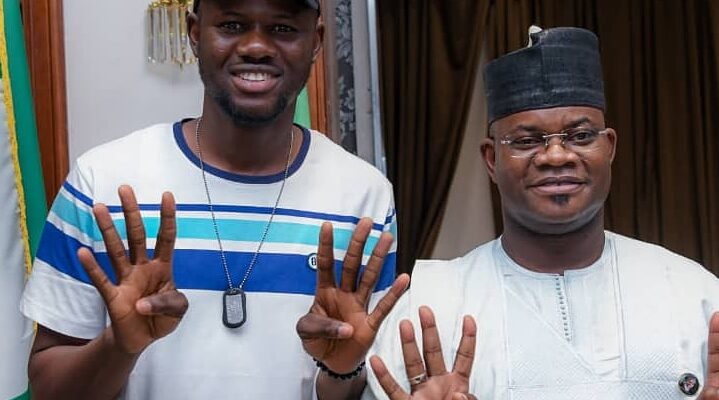 GYB, A Joker Who Will Become Nigeria’s Youngest President

Troy, the former National President, National Association of Kogi State Students (NAKOSS), made the commendation in a statement made available to journalists on Friday in Lokoja

According to him, in 2015 Governor Yahaya Bello was not even on the top 10 list of the Governorship candidates in Kogi state. He, however became the Executive Governor, a feat nobody thought he could have achieved.

Coming from a minority ethnic group, he was tagged, ‘a ‘joker’! To make matters worse he was considered young and politically inexperienced by Kogi people. So, they didn’t take him serious because all odds were against him

But against all the odds in 2015, he kept believing and he continued to assure his supporters after coming second in the primaries. He doggedly told his supporters that his picture will be on the ballot paper.

“This is a big joke”, many of us thought and laughed him to scorn.

“Yahaya Bello Presidency is a big joke to many again. Because the same things that worked against him in 2015 are here again. He is young and from a state that many don’t reckon with in Nigeria.

”One thing you have to respect in any man is his confidence and determination to succeed. As I move round, people still ask, “Is he joking? I say yes, he is joking, the same joke of 2015 and even 2019 where he said the result of the election will shock people and his opponents will be discouraged from going to court.

”I see this energetic and dynamic young man as the “biggest joker” becoming the President of the
Federal Republic of Nigeria. And by way, this joker plays chess”.

As a former President of a National Student Association, NAKOSS to be precise, I experienced, firsthand, how Yahaya Bello worked closely with the students. For instance, he increased our bursary by 300%, a feat no government in Nigeria has ever achieved.

With his ascension into power, Kogi State institutions has suddenly become strike-free.

He paid the subventions to student groups in both federal and state schools in order to help the students groups run effectively.

Moses Troy, therefore, called on all young men and women of our great nation to stand up and join the movement to let the younger generations take their chances in fixing the Nigeria of their dreams by voting GYB as our next President come 2023.

To the youths, says Troy, “Yahaya Bello’s Presidency is youth-driven and God-ordained.” And to GYB he says, ”we believe in a better Nigeria and we as young people are fully in your support”.