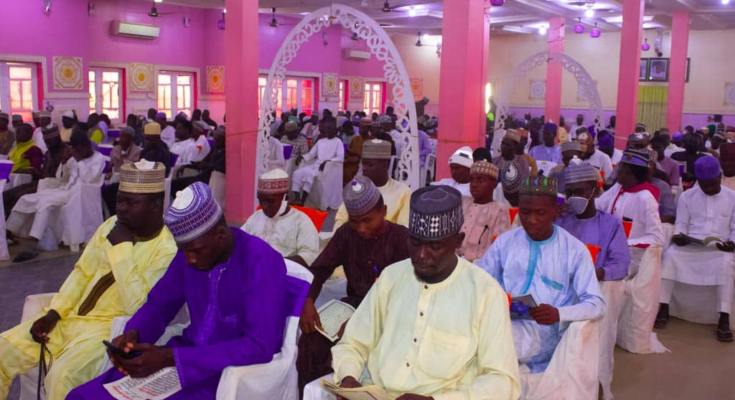 Despite the rumoured presidential ambition of Bauchi State Governor, Bala Abdulkadir Mohammed, about 500 Muslim clerics drawn from the 20 local government areas of the state have chosen to pray for Kogi State Governor’s ambition.

The clerics converged in Bauchi, to offer special prayers for Governor Yahaya Bello to emerge as Nigeria’s next President in 2023.

The clerics, mostly Imams and Qur’anic school teachers, offered special prayers to Allah to accept their demand and lift Yahaya Bello from his present position to the nation’s plum seat at Aso Rock.

Speaking with journalists shortly after the special prayer session, one of the clerics, Ustas Mubarak Mato Baba Karami, said the session was important as Nigeria was in dire need of a youthful leader who would take the country to unprecedented heights.

He said they were confident that the Kogi helmsman was competent enough to get Nigeria out of the woods and salvage the country from the multifarious problems, including insurgency, banditry, kidnapping, unemployment and other socioeconomic problems confronting it.

According to Karami, who led his colleagues from Bauchi Local Government Area to the prayer session, Governor Bello’s youthfulness moved them to offer prayers for him to become the next president of the country.

“We were moved by the youthfulness of Yahaya Bello aspiring for the nation’s much-coveted seat in the efforts to fix the country.

“Well-meaning and patriotic citizens have for decades been yearning for positive change. We are, however, lucky now to have a youth who can positively steer the ship of the Nigerian state to the advantage of every citizen.

“Our ardent hope and confidence is Bello’s commitment and zeal to take the bull by the horn to aspire for the plum seat which is a commendable courage worthy of emulation by every youth worth his or her salt,” Karami told journalists.

Another participant, Imam Sulaiman Abdullahi Azare, expressed confidence that the prayers would not go in futility, adding that their supplications would not only meet their demand but also pave the way for peaceful co-existence among the diverse people of Nigeria.

Imam Azare said he was optimistic that their prayers would provide the much-desired leadership for Nigeria even if such was not bestowed on Governor Bello.