Home Politics After Court Victory, Ganduje Extends Hand Of Unity To Shekarau, Others 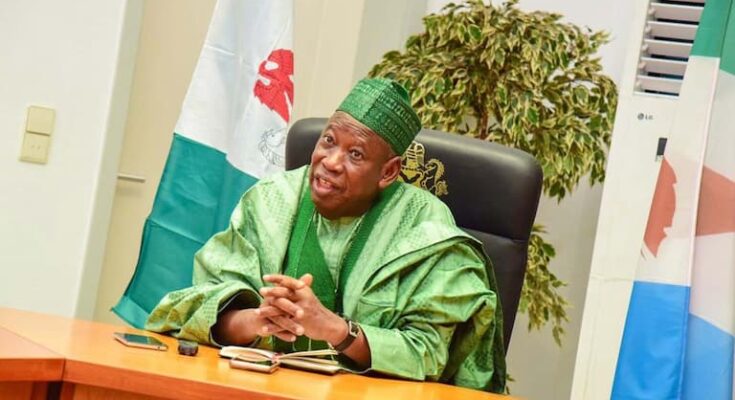 After Court Victory, Ganduje Extends Hand Of Unity To Shekarau, Others

A few hours after emerging victorious at the Court of Appeal, Kano State governor, Abdullahi Umar Ganduje has extended a hand of unity to his rival Senator Ibrahim Shekarau and the G-7 faction of the APC in the state.

Daily Trust reports that the Court of Appeal sitting in Abuja earlier on Thursday quashed the lower court judgment which gave Senator Shekarau’s G-7 faction of the APC in Kano victory over the faction led by the state governor.

The appellate court ruled in favour of the governor’s faction in all three appeals lodged against the judgments of the lower courts, thereby quashing the parallel congresses organised by the G-7 faction of the party.

But reacting to the court judgment, the governor told NationalWatch that his confidence in the judiciary had been steadfast since the beginning of the case and as such he is very happy with the judgment.

Speaking through Malam Muhammad Garba, the state’s Commissioner of Information, Governor Ganduje said the judgment will further enhance the unity and stability of the APC in Kano state.

He said he hopes Senator Shekarau and the other G-7 members “will accept the decision of the court in good faith and come together with us to see how we can structure our party to be victorious in all the elections in 2023. This is the high time for every member of the party to come together and work for the unity and progress of the party.”

The group’s lawyer, Nureini Jimoh (SAN) did not answer several calls placed to his phone. He has also not responded to a text message sent to him requesting for his reaction and his client’s next line of action.