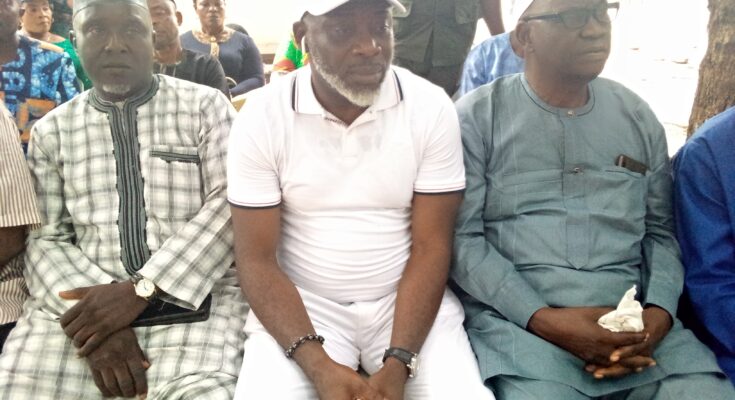 The member representing Kabba-Bunu/Ijumu Federal Constituency at the National Assembly and Kogi West senatorial aspirant in the 2023 elections, Hon. Yusuf Ayo Tajudeen, (Teejay Yusuf), on Wednesday led members of his campaign organisation on a consultative visit to the leadership of the Peoples Democratic party in Lokoja Local Government Area where he officially declared his readiness to contest for senate, come 2023.

Addressing an enlarged executive council of the party and youths, Yusuf urged them to ensure a level-playing field for all aspirants in the contest.

He boasted that if a level- playing ground was guaranteed for all aspirants, he would emerge victorious in the race.

ALSO READ THIS:  Why I want To Represent My Constituency – Hon. Mohammed Shaba

He said he started his political career as a member of the house of representatives; “I am very proud of myself as a democrat because the essence of democracy is the assemblage of wise and prudent people.”

He said he was in Lokoja to request the support of the PDP stakeholders.

According to him, “I am not here to be defensive; I am here with humility that I am one of the best products that you can sell as a senatorial aspirant.”

“We can do it. You can make me succeed with your support. I want us to forge a future for this senatorial district. We are the most populous, and we have the best brain and resources.

The aspirant, who used the occasion to highlight his scorecard, said no community under his constituency he had not executed a project, adding that he had also executed some projects in Lokoja LGA despite the fact that he is not representing the area.

Responding, the local government Chairman of the PDP, Hon. Saba Danladi Isa, commended the aspirant for effective representation in the house of representatives, describing him as “one of the finest.”

He said that as the election was approaching, it was imperative to hear the message from those who wanted to represent the district, saying, “we have been hearing how many people are running for the senate in 2023.”

The chairman, however, said that it would not speak well of the zone when it boasted to be the best zone with  the most intelligent politicians in the state and few months before the primaries, only one person had been seen, one person running up and down consulting.

He said Mr Yusuf had been traveling the length and breadth of Kogi West, marketing his trade and delivering his message.

“I feel it’s wrong for a senatorial district like ours that we are only hearing names but nobody is campaigning. It is unfair to every one. We cannot take Kogi West for granted,” he said.

In his closing remarks, former Lokoja PDP chairman, Hon. Abubakar Idris Lokoja, however, urged members to support the candidacy of Mr Tinubu, adding that he had done a lot in contributing to PDP in the state.

He said that his emergence would bring about a truly representative that would represent Kogi West. 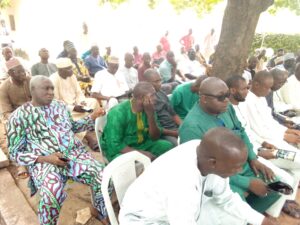 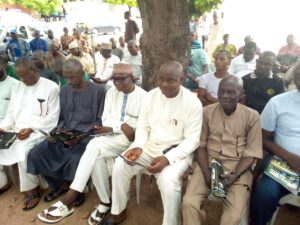 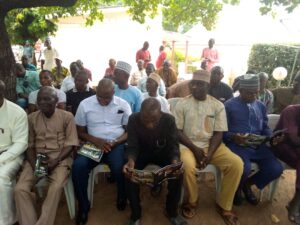 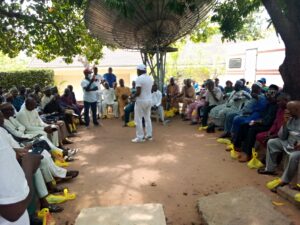