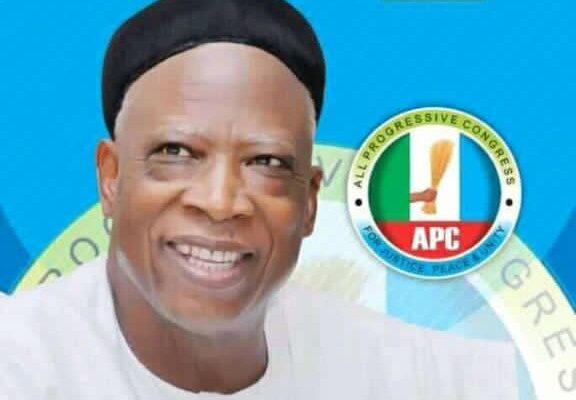 Following the successful conclusion of the national convention of the All Progressives Congress, APC, and the emergence of a new leadership, the FCT Minister of State, Dr. Ramatu Tijjani Aliyu, has congratulated the national chairman-elect, Senator Abdullahi Adamu and other members of the National Working Committee.

In a congratulatory message signed by Dr. Aliyu and made available to newsmen, she described the convention as hitch-free and credible

She said she believed that the former Nasarawa State Governor would bring his wealth of experience to bear in the administration and management of the party’s affairs.

The Minister expressed confidence in the ability of Adamu to deliver and contribute to the growth of the party through his new position.

According to the her, Adamu will deploy his political sagacity, leadership qualities and experience, which he acquired in both public and private sectors, towards building a virile and healthy party at the centre.

Adamu was returned elected through a consensus arrangement reached by other aspirants, who withdrew from the contest.

Dr. Aliyu hailed the leadership quality of President Muhammadu Buhari and praised him for playing a fatherly role to unite the party in the interest of all.

“As you can see the peaceful atmosphere here and the seamless conduct of the convention is a testimony to the strong unity that exists in our party,” she said.

She said the successful conduct of the convention was an attestation that the APC had its ways of resolving issues without necessarily resorting to conflict.

She added that contrary to the negative expectations of some people, the APC National Convention went on peacefully.